Off to Work EPA’s: And the Winner Is… 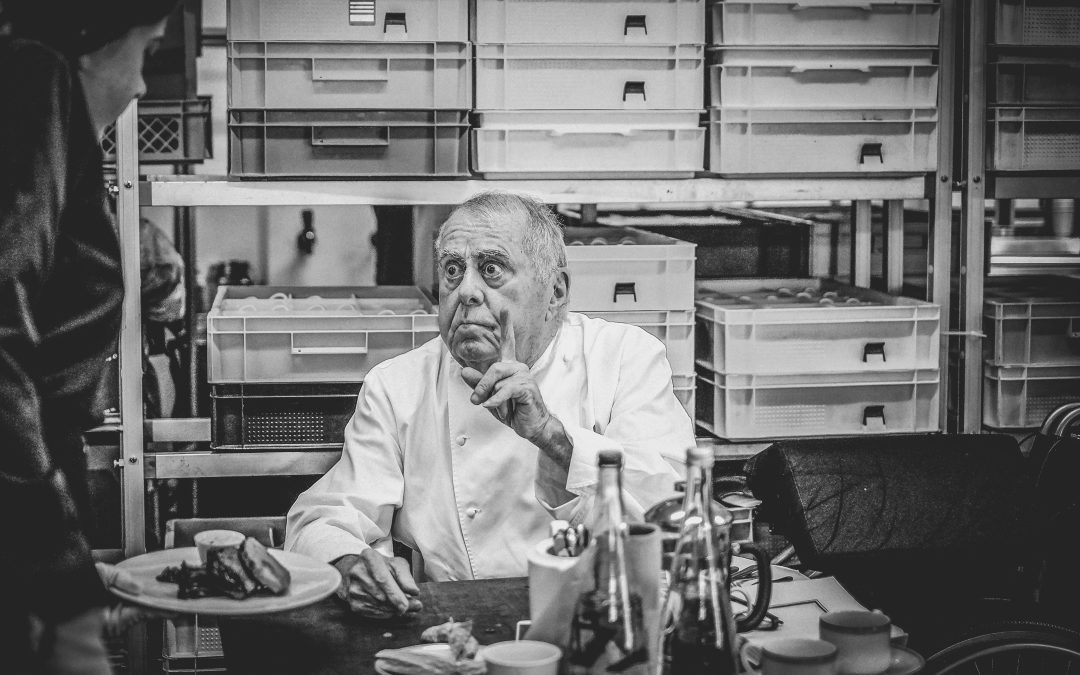 The winners of the Off To Work Event Photography Awards 2020 were unveiled during a virtual awards ceremony streamed on 12th November and viewed by a plethora of event photographers and industry professionals.

The judges were wowed by Deb Porter’s winning photo (above), which also won the Catering category, and hailed it as a shining example of the commitment and attention to detail necessary to succeed in the sector. Albert Roux OBE, the then 84-year old chef, was captured by Deb Porter, who excels at behind the scenes shots, assiduously checking plates before they are delivered to diners at Keith Prowse’s 700-seater restaurant The Lawn during last year’s Wimbledon Tennis Championships.

Now in its seventh year, the EPAs were founded by Philip Atkins, managing director of event staffing agency, Off To Work.

“I hope this year’s Off To Work Event Photography Awards go some way to support the events industry at this incredibly difficult time. The stunning array of entries highlight the amazing experiences that events deliver, and importantly, also show the expert ecosystem that enables them to come together. To all the suppliers, organisers, and of course the brilliant photographers who capture their work, you deserve great praise.”

The 2020 competition not only attracted a record number of entries, but also a record number of judges, through an online platform that was launched during lockdown that registered thousands of public votes, leading to an additional set of People’s Choice Awards.

Last year’s overall winner, Andrew Billington, claimed this year’s runners-up prize with his beguiling Wedding category winner ‘Peek-a-boo!’, and there were highly-commended awards for Dutch photographer, Floris Heuer, who caught ‘Santa on a Break’ during a corporate Christmas party; and James Bridle, whose ‘Rockstar’ is American rapper, Post Malone, firing up the crowd from the main stage at the Reading Festival…

The overall winner of the special People’s Choice Award was also an impressive flame-filled moment at a music event, Fire at Creamfields by Jack Kimber, while the Portfolio Award was won by Laura De Meo for her collection entered into the new Fashion Events category.

Other notable award winners were Noah Goodrich, who was a double category winner, Ian Knight, who again won the Best Amateur award, and Jesus Figueirido Estevez, who won the new Visit Britain sponsored Best of British category with a shot inside the London Coliseum, grandly set up for the Evening Standard Theatre Awards.

“The competition attracted some 2,000 entries this year, leading to a record 70 photographers being shortlisted across sixteen categories. All the judging was done remotely during lockdown, by industry leaders and public participants, resulting in a quite superb selection of winning shots that not only highlight the expertise, exactitude and sheer hard work that goes into producing amazing events, but also their importance to both commerce and the fabric of society as a whole.”

If you missed the ceremony, you can catch up here:

Full shortlists can be found here, in the order in which they were released:

Photo credit: Catering icon Albert Roux’s expressive ‘Eyes for Detail’ are captured by Deb Porter to scoop the Overall Winner title at the Off To Work Event Photography Awards.