Talking Pictures: Make Do and Mend 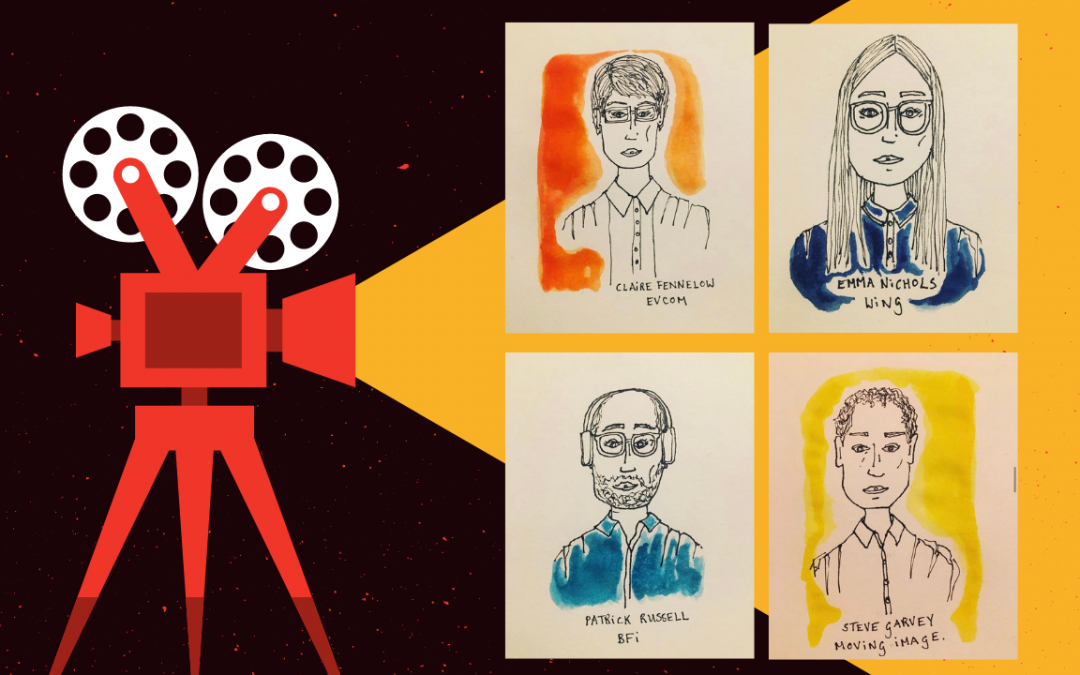 Last week, we held our first ever virtual Talking Pictures event. We were joined by Patrick Russell (BFI), Steve Garvey (Moving Image) and Emma Nicholls (Wing) to discuss film in response to crisis. Patrick shared film from the BFI archives, public information films and documentary pieces that were created during World War II. Steve followed this by sharing film created by the government and by businesses in response to Covid-19. We were delighted to have Emma Nicholls with us, who directed one of the showcased films, to talk about her experience of making work during and in response to Covid-19.

Patrick began the session, sharing four pieces of film made during and in response to the war. In his introduction he talked about some of the differences between the 1940s and now, including the different media spheres, and the primary distribution of moving image through cinema. At the beginning of the war, the Ministry of Information was founded, and filmmakers were immediately brought into this department. Patrick expanded on the history of film production during this period, and shared films from different moments in the war effort.

Steve then shared film from our own crisis, the Covid-19 pandemic. He drew comparisons between methods and imagery used in films then and now, and discussed the distinct change in mood between films created earlier on in the pandemic and now. He then invited Emma Nicholls to the screen, who shared her experience of producing film during and in response to the pandemic.

The three panelists then discussed the featured films, comparing the two eras from a communications perspective. They answered questions from the audience in a discussion facilitated by Claire Fennelow (EVCOM).

If you missed the virtual event, you can catch up via our recording below. The BFI archive film has been omitted from this recording, but each film can be accessed individually via the links in our resources section below.

Courtesy of the BFI Archive:

London Can Take it: https://player.bfi.org.uk/free/film/watch-london-can-take-it-1940-online