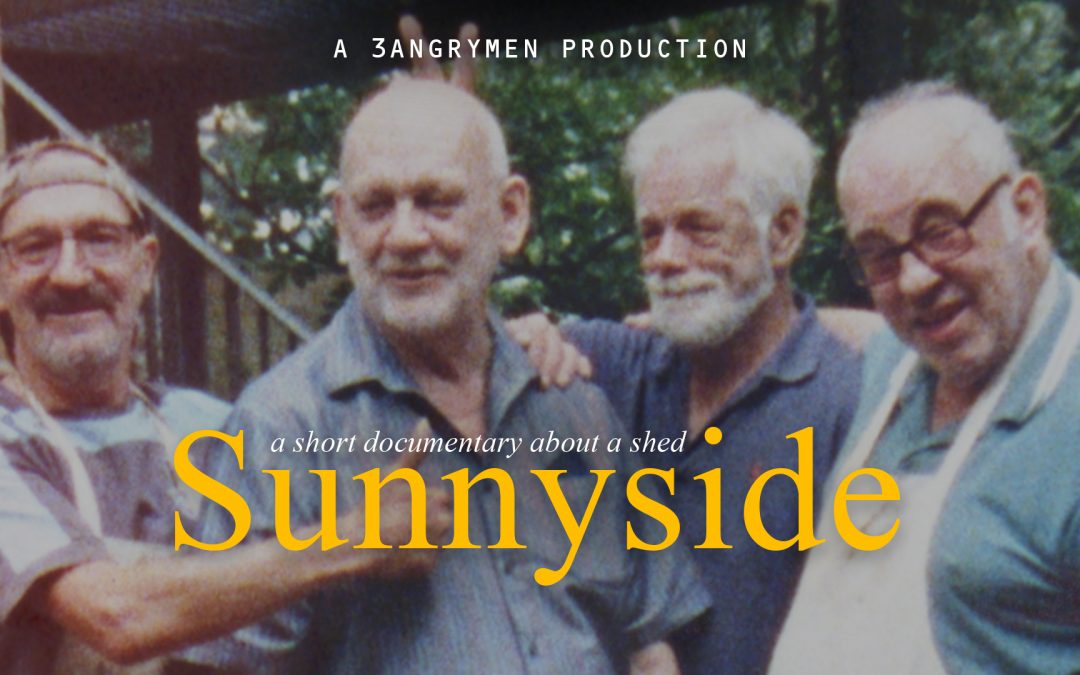 EVCOM member 3angrymen are today releasing their new documentary film ‘Sunnyside’. Set in an East London Men’s Shed, the film tells the story of three men escaping isolation to find solace, skills and community in an extraordinary local shed. It is told through the stories of local ‘Shedders’ Gerry, Steve and Howard, and a is a moving exploration of what it is to be lonely, to grieve and then to find companionship.

3angrymen release the film in the midst of Mental Health Awareness Week, to begin a conversation both about male mental health, and about the impact of isolation on wellbeing. In 2018 men accounted for three-quarters of UK deaths by suicide, so raising awareness for male mental health is a particularly urgent cause. And poignantly, as many are working from home because of Covid-19, unable to see friends and family, and distanced from all contact, isolation is something a lot of people are fighting on a daily basis during this time.

“There is certainly going to be a greater understanding of social isolation and loneliness. This is something that will not stop for many people, particularly those who may have lost their jobs or taken redundancy. Men’s Sheds play a vital role in removing those chains and the need for Sheds and a much greater network of opportunities will be more important than ever.”

The film began as a passion project, but at the final cut, the team decided to reach out to The Men’s Shed Association, which is a charity who work to fight loneliness in the elderly. Director Danny Baldwin and Director of Photography Charles Harrison Mori worked together on the project. Their aim was the capture the true spirit of the shed, and they chose to put on emphasis on audio interviews to make sure contributors felt comfortable and weren’t overly self-aware.

Whilst 3angyrmen had been planning to launch the film at a screening for contributors, clients and charity supporters at Hackney Picturehouse, Thom Wood (MD) says, “now actually seems like an ideal time – the subject matter is totally relevant.” We, at EVCOM, couldn’t agree more!

You can view the film below: