The EVCOM London Live and Film Awards Shortlist Is Out! 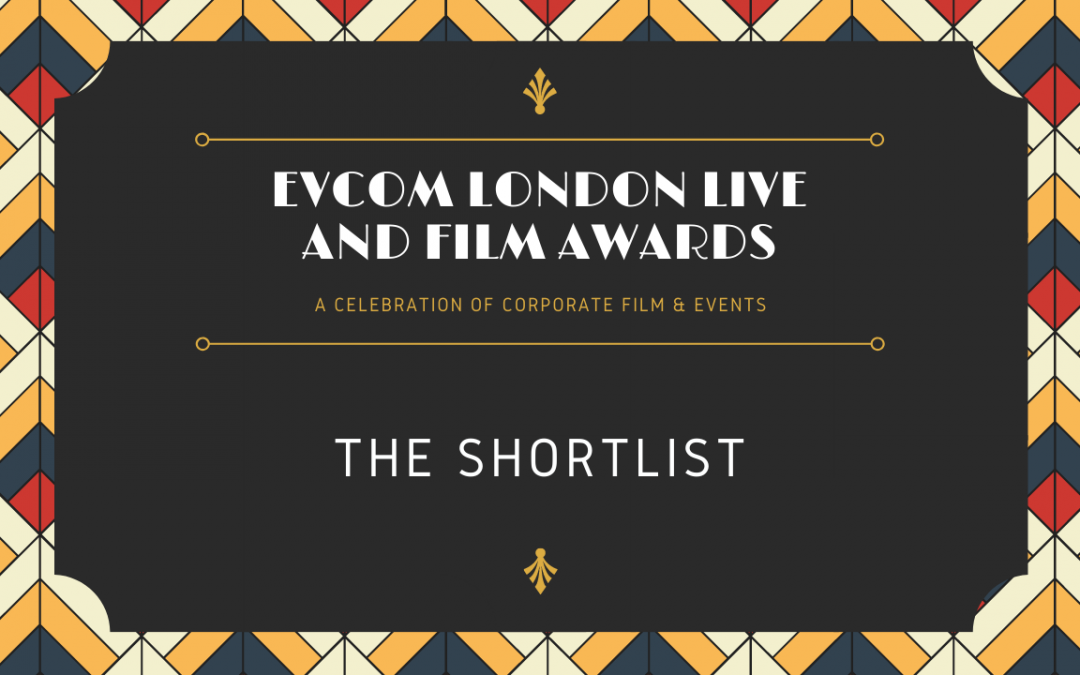 We are so excited to announce the final shortlist for the EVCOM London Live and Film Awards. The shortlist is jam-packed with exciting and varied work from across the film and events sectors. From films that save lives and make change to events that have captured hearts and minds, our judges told us how much they enjoyed reviewing your work.

The final shortlists are below, but in order to find out who are winners are, you’ll have to join us at our glamorous awards ceremony on November 25th. We will be screening clips from the winning films as we announce them and then sitting down to a three-course dinner in The May Fair ballroom. Tickets are officially on sale now, so get yours here.

The pandemic has meant that film has had to get even more creative than usual over the last year a half, using user generated content, small teams and animation to combat the restrictions around live action filming. This shortlist is a showcase of some of the best work being created in our industry right now, work that shows an ability to adapt, innovate and make beautiful, effective film. We had a really strong number of entries this year, so even to make it to the shortlist is a huge achievement. Congratulations to you all!

The last year has been a huge struggle for the events sector so we were delighted to see so many exciting and creative entries on this side of the awards. Many of the entries were either virtual or hybrid, and it’s a fantastic testament to the way that event organisers have adapted and learnt whole new skillsets in the past few months. The judges were particularly impressed with virtual events that were filmed to a broadcast quality but had the interactivity of an event. Congratulations to all of the shortlisted projects!

Thank you so much to everyone who took the time to enter the EVCOM London Live and Film Awards. It’s been a pleasure to see what the industry has to offer!

Book your tickets for our November awards ceremony now, to see the winners announced live and enjoy a glamorous celebration! Tickets are available here.