The FOCUS Award Shortlists Are Released 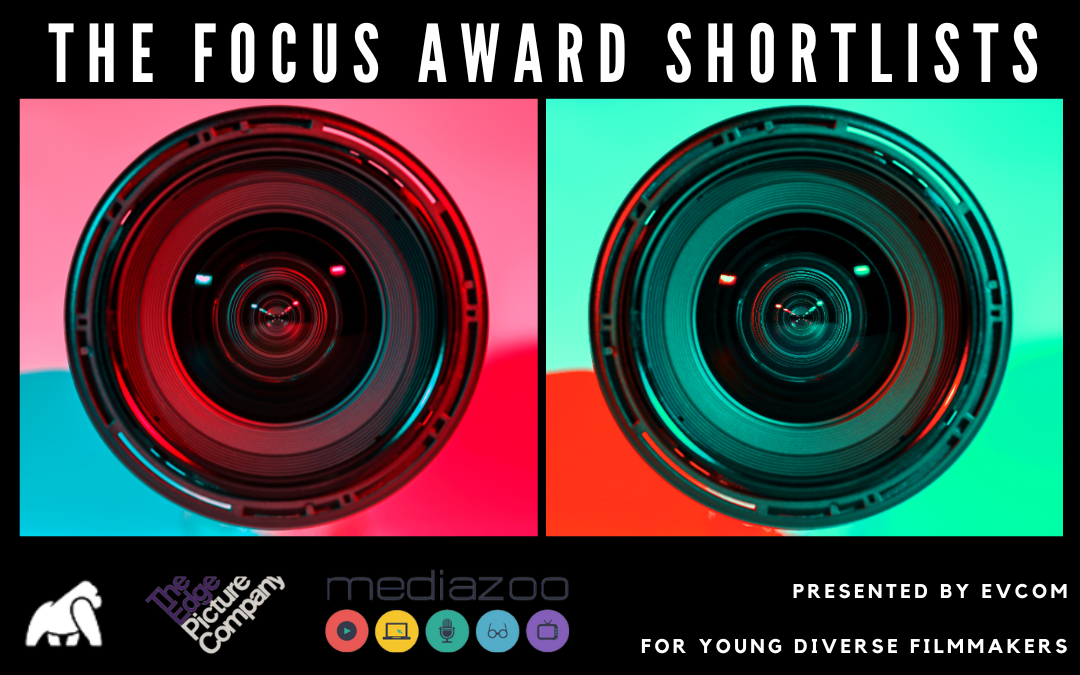 The FOCUS Award was launched in 2020 to address the lack of diversity in the corporate film industry, offering opportunity to young filmmakers to gain insight and experience. We asked 18-25 year old Black filmmakers and filmmakers of colour to send in films of up to ten minutes in length for the chance to win mentorship.

We received a whole range of films this year, from drama to documentary to animation. Over the last few weeks, our judges Dean Beswick (Gorilla Gorilla!), Rachel Pendered (Media Zoo) and Nick Canner (The Edge Picture Company) have been reviewing the entries, and we are really excited to announce our shortlist!

The judges were incredibly impressed by the standard of work and commented on the storytelling ability evident in so many of the entries, and the creative approaches many filmmakers had taken.

We will be announcing the winner and screening part of their film at the EVCOM Clarion Awards ceremony which takes place on the 23rd June, 3:00pm – 5:30pm at Mary Ward House in London and is followed directly by our summer party which runs until 9:00pm in the same venue. Tickets are available here.

The FOCUS Award shortlist (in alphabetical order) is as follows:

I Didn’t Dare to Speak by Aileen Ye

The Cave by Rong You

This year, we launched The FOCUS 15-18 Award. We wanted to reach young filmmakers at an earlier age, so this award called for 15-18 year old Black filmmakers and filmmakers of colour to send in films created solely on their phones for the chance to win work experience.

The FOCUS 15-18 Award shortlist is as follows:

Thank you so much to everyone who entered. It’s been a pleasure to see so much filmmaking talent and such a range of creative visions realised. And thank you to our sponsor Gorilla Gorilla! and our mentors The Edge Picture Company, Media Zoo and Gorilla Gorilla!. Without their support this award wouldn’t be possible. And finally, a big shout out to ERIC who helped us reach young filmmakers.

Join us at the EVCOM Clarion Awards ceremony to catch clips of the winning films as our winners are announced. Tickets are available here.