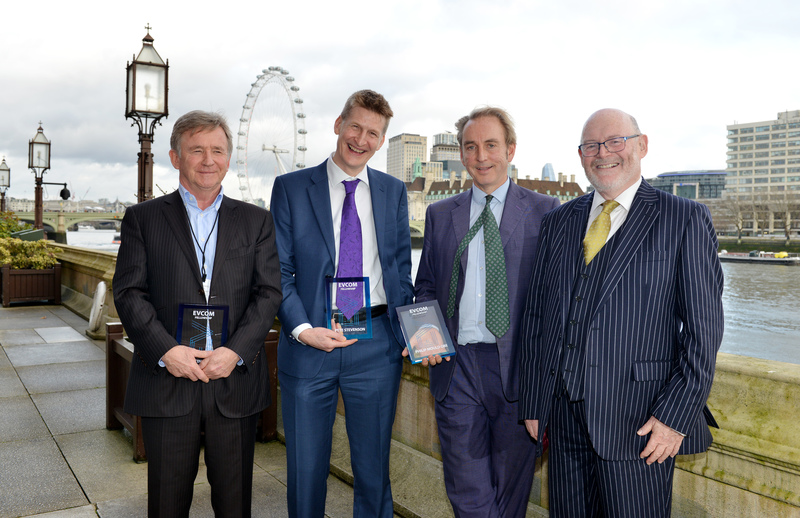 Overlooking the Thames, the guests enjoyed a three–course meal, and heard from our three newly appointed Fellows. Chosen because of their fantastic contributions to our industry, we celebrated the careers of Martin Lewis, Pete Stevenson and Philip Mould OBE.

Martin Lewis co-founded, and is the Honourary Chairman of, Meeting Needs, a charity which raises funds for worthy causes relevant to the events industry, uniting the many people who form this industry, behind a common cause. He was also the Managing Editor of Meetings & Incentive Travel magazine and Managing Director of CAT Media, which specialises in printed publications, a website and events targeted at the conference and incentive travel markets.  He started his career as a sports reporter, and co-launched CAT and Meetings & Incentive Travel magazine in 1987 and its been going strong ever since. He is a shining example to us, a reminder of the importance of giving back in our industry.

Pete Stevenson is the Executive Director of The Edge Picture Company, Europe’s leading corporate film company. They use film and video to communicate more effectively, more creatively around issues that are critical for businesses. They work globally, boasting a client list that includes a third of the FTSE 100, as well as multinational business and government department. Pete has been a co-owner/ director of The Edge Picture Company, for more than 25 years, shaping and driving its success. His contribution to the corporate film sector is unmistakable and inspirational.

Philip Mould OBE was the third EVCOM Fellow announced, in recognition of his outstanding contribution to the art world, as an author and a broadcaster, as well as for being an exceptional communicator. Philip has recently celebrated his 30th anniversary in the art business, specialising in early British art and portraiture, subjects on which he is consulted internationally. He has made a string of notable art discoveries, including the lost half of Gainsborough’s earliest known work, the only portrait of Prince Arthur Tudor and five lost works by Van Dyck. He was the art adviser to the Palace of Westminster for two decades, and received an OBE for his advice on political commissions. He is widely known for his writing and broadcasting. Alongside Fiona Bruce he co-presents the BBC1 hit show, ‘Fake or Fortune?’ which solves art mysteries. Now in its eighth series, it has become one of the most successful programmes on television today, and is shown in over 50 countries across the world. He has written two books on art discovery; ‘Sleepers: In Search Of Lost Old Masters’ (Fourth Estate, 1995) and ‘Sleuth: The Amazing Quest for Lost Art Treasures’ (Harper Collins, 2011), which provide brilliant insight into the workings of the old master trade. His expertise has shaped our understanding and knowledge of art today, and how we communicate about it.

It was a pleasure to hear from three individuals who in such different ways, make such an impact on the events and visual communications we are all part of. Thank you to everyone who attended, and to our three brilliant Fellows for their words, for their expertise and for what they have given to our industry.